These tools are very easy to install, and provide the basic framework for serious quality development. Hopefully you will find this information useful.

This tutorial assumes that you have installed and setup the following tools:

If you want some pointers on getting these tools setup, you can find plenty of resources in the web:

Other than the pom.xml, the test project includes to very basic tests, a unit test, and an integration test. Each one covers 50% of the classes in the projects.  You can get the complete source code here. You will find a minimal example from which you can work up.

Setting up a job with Sonar support in Jenkins

There’s several ways of running SonarQube against a project:

In this tutorial we will use the first option.  Personally I prefer to keep the pom as clean as possible, and have Jenkins perform extra steps such as analyzing code quality, deployment into package managers, etc.

Make sure that you install the Jenkins SonarQube plugin: 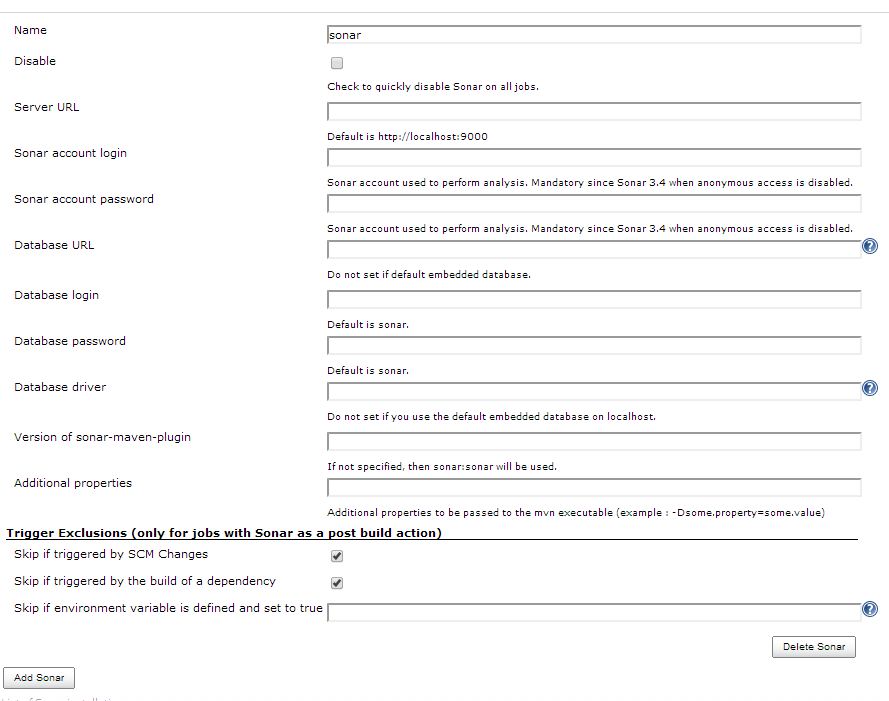 In this case, we’re using the defaults, since our SonarQube installation is running on http://localhost:9000, and we’re using the embedded database, so there’s no need to configure any of the database information.

It is also useful to check “Skip if triggered by SCM Changes” and “Skip if triggered by the build of a dependency”, to prevent Sonar running after every commit.  Running Sonar once a night is normally enough for most projects.  This assumes that you have one nightly build scheduled for every project that you want to analyze with SonarQube.

We will then set up a simple Maven job in Jenkins: 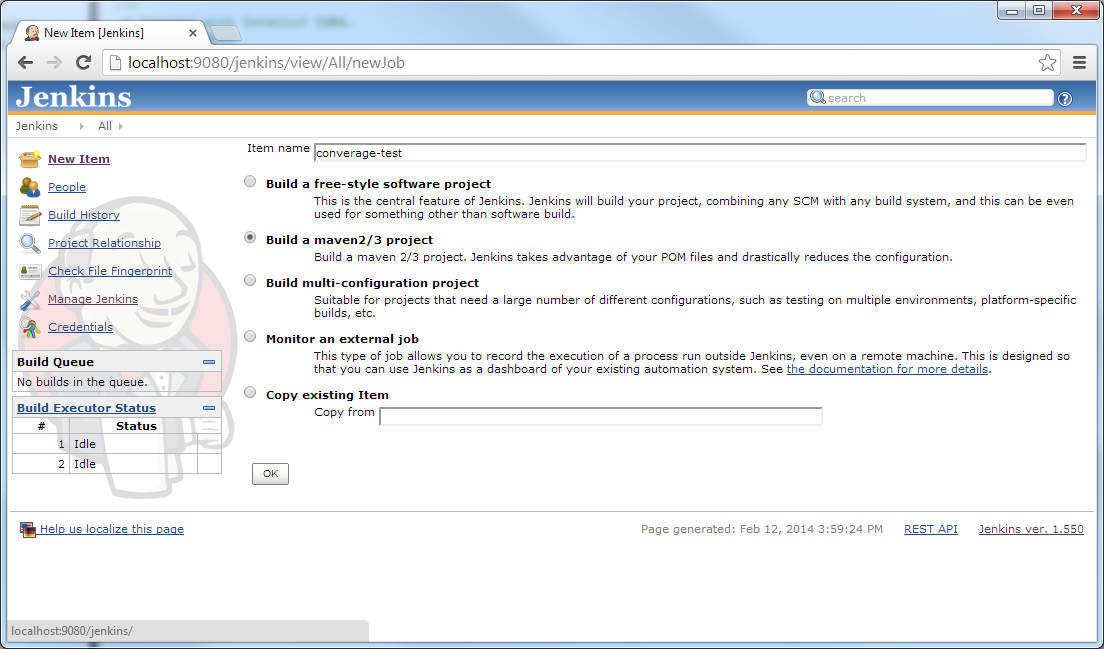 We will check this project out of Source Control Management.  I’m going to use SVN to access a directory inside my git repository.  For real projects, I would recommend having a one git repository per each project: 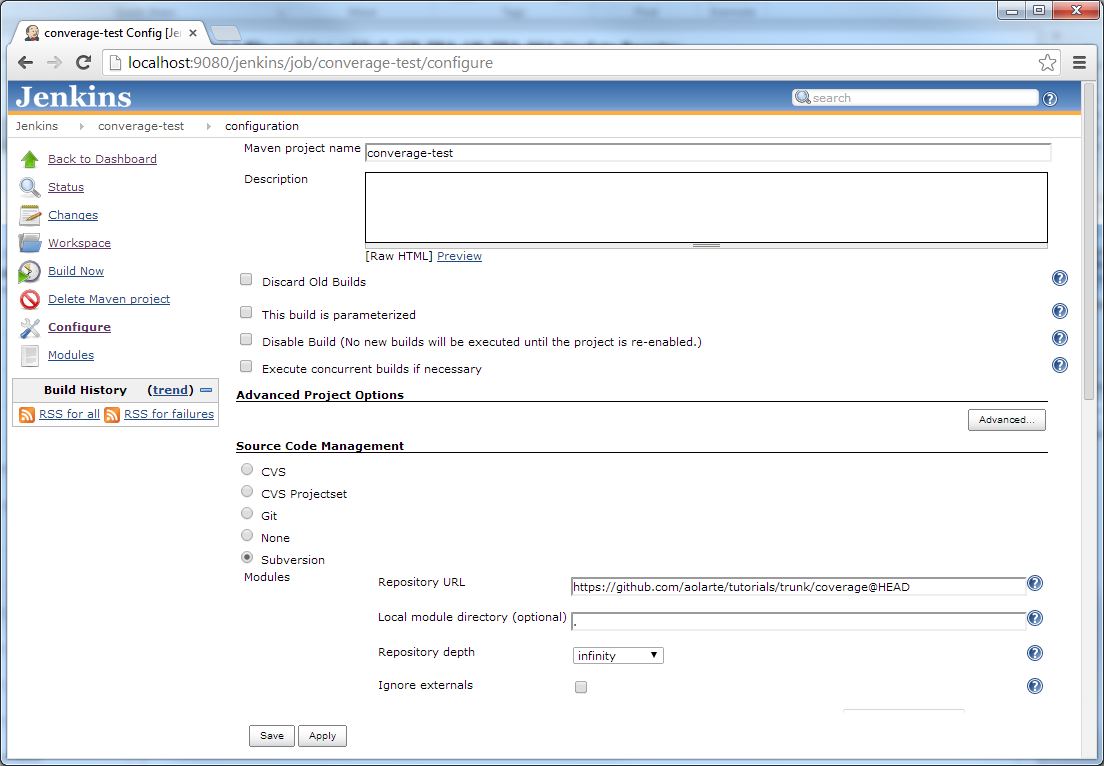 Finally, we just add a “Post-build Action”, to invoke SonarQube.  This will use the configuration for the SonarQube instance we configured before. 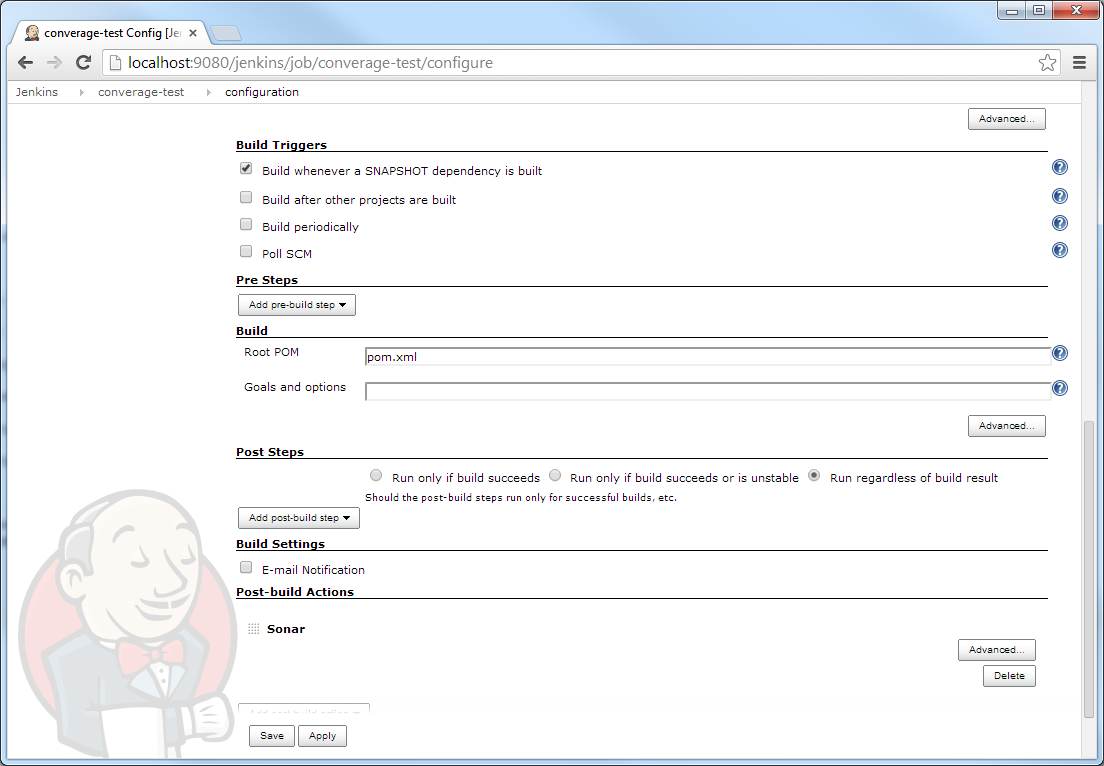 Finally you can start a build manually.  This will cause to project to first be built as usual using Maven, and the analyzed by Sonar: 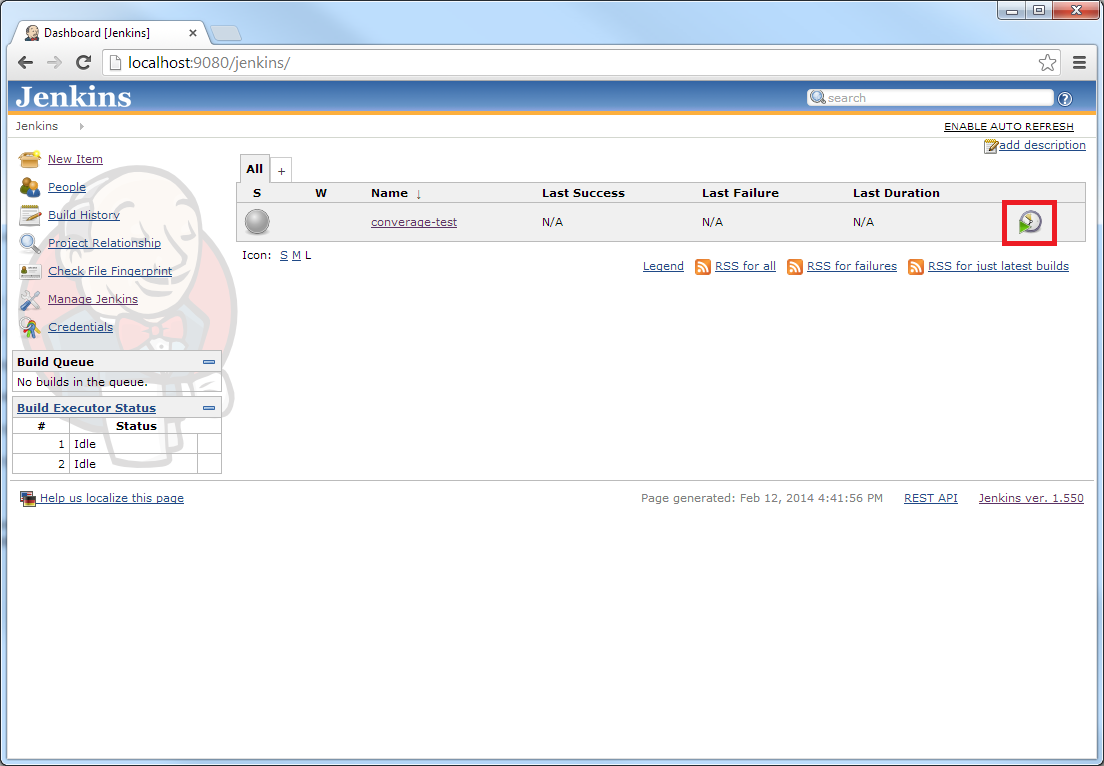 After the build is run successfully by Jenkins, you can see the results on your SonarQube installation.  Make sure that you have the “Integration Tests Coverage” widget in your dashboard.  To add it, log into SonarQube, and click on “Configure widgets”. 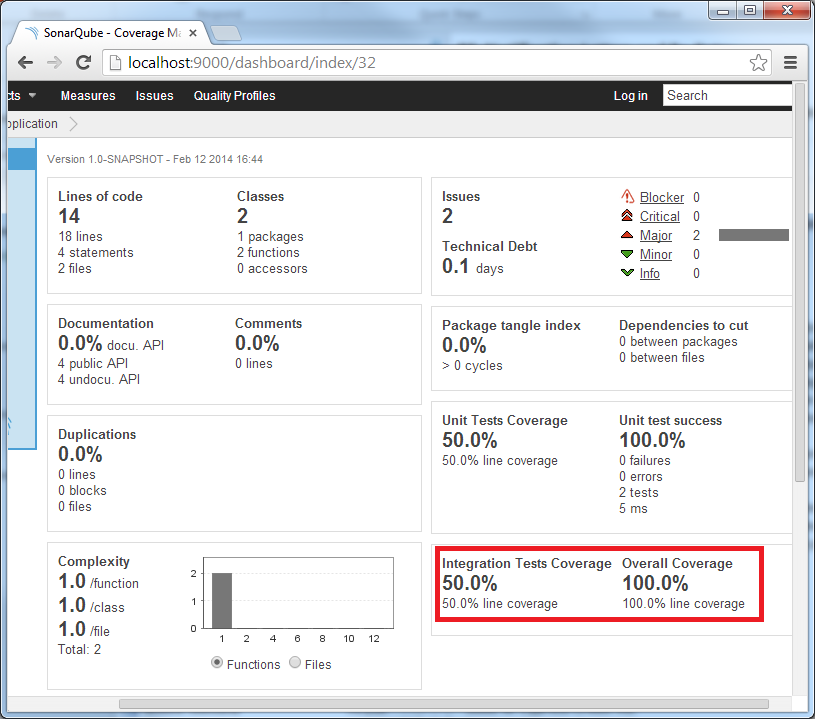 You can see how Test Coverage for Integration Tests is reported separately, and that there’s a metric for “Overall Coverage”, which joins the coverage for unit tests and integration tests.  If you drill down can see much more detail about your project, so I encourage to click around and see what Sonar has to say about your code.

As always the code is available for you to download and play with. Clone it from it from github:

The finished code is contained in directory coverage.

This post was put together with tidbits of information from other postings around the net: